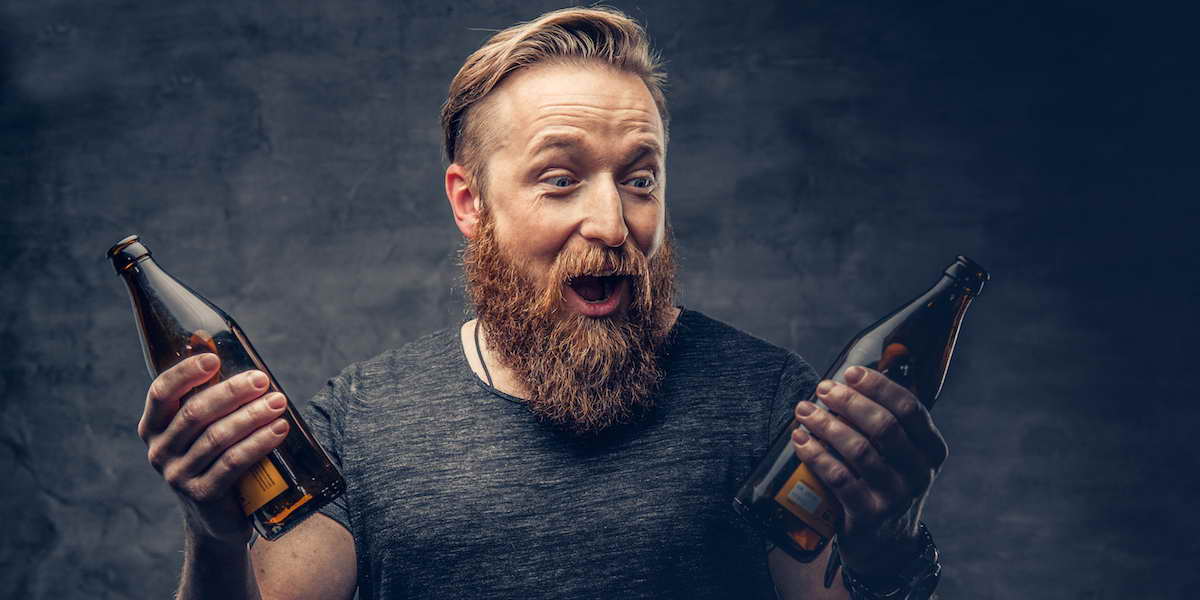 Whether you’re looking for dating tips to figure out what kind of person is drinking the beer down the bar from you or you’re trying to figure out the latest lager or IPA, there are plenty of options for you.

Think about who you are and what you like to do. When you take your personality into consideration with a beer styles guide, you’re left with a craft beer match made in hoppy heaven.

There’s a craft beer out there with your name on it! Read on to discover the best brew for you.

You’re an introvert and don’t like to stand out in a crowd. A bit quiet, mysterious, and very observant. You prefer to stand back and watch what’s going on around you.

You’re not going to choose a beer that will draw any attention to yourself. As such, you’re going to opt for the International brews such as Stella Artois, Heineken, Guinness, and Innis & Gunn. They’re tried and true beers that are packed with flavour.

You know what you like and you’d be happier if everything went as planned all the time.

You want top-rated beers that have stood the tests of time. As such, you’re going to gravitate towards beers that have a lot of stellar reputation standing behind them, such as Smithwicks, Harp, and Molson Canadian.

You’re intellectual and probably overthink every decision that you make.

You can appreciate the hard work that goes into a beer and therefore want to try out some of the various options. You’re not into anything too crazy, so a lager or an ale will be your best bet. Try the Lighthouse Taphouse Lager or the Lighthouse Racerocks Ale. You may also want to sip on the Driftwood Pale Ale.

The book and movie genres you enjoy are fiction, fairy tale or sci fi. You like to escape the boredom and routine of reality and let your imagination takeover.

You need a craft beer that escapes the traditional. You need a brew that pushes the envelope in fun flavour and creativity. A few craft beers that are as imaginative as you are include Driftwood Arcus, Fuggles & Warlock’s Gin & Lime Pilsner and Phillips Electric Unicorn IPA.

You’re the life of the party and speak your mind at every opportunity.

You need a beer that is as loud as you are, which is why it’s a good idea to go with a craft beer that is heavy on the hops, such as an IPA. The India pale ale has grown to become a favorite for beer aficionados. You should plan on drinking the Lighthouse Shipwreck IPA as well as the Driftwood Fat Tug IPA. If you are looking for something a little darker from time to time, you may also want to add Hoyne Brewing Dark Matter to the mix.

You have a lot of potential but you’ve never been motivated enough to show it.

You may drink whatever is poured in front of you. However, if you know what you like, you should plan on choosing something that’s always available so you don’t have to risk having to think about another beer if it’s not on tap. Some of the Canadian beers such as Okanagan 1516 Lager and Sleeman Honey Brown will make for good choices.

You’re the black-hat cowboy, the easy rider, the dark and mysterious type. You’re solid on your promises, have a big heart hidden behind an even bigger wall, and you’re never one to suffer fools. You like a little bit of danger in your life so long as you’re at the helm.

You need a craft beer that is either as dark and complex as you are or that has a flavour profile with some serious swagger. A few craft beers that speak to your rebel heart include Hoyne Dark Matter, Driftwood Brewery’s Naughty Hildegarde ESB, Driftwood’s Cry Me a River Gose or Dave Mustain’s Megadeath Saison.

You have big dreams and love to travel.

As such, we welcome you to explore our rotating seasonal beers as a way of bringing your palate on its own adventure. Seasonal and limited release beers will be available from an array of breweries, including those from Vancouver Island Brewery, Steamworks Brewery, Whistler Brewing Company, and Fuller’s Brewery. With over 40 beers on tap, your taste buds have a lot of exploring to do.

So, How Did We Do in Matchmaking You to Your Soul Brew?

In the end, the best option is to try a few beers and drink what you like, but don’t be afraid to try something new.

Bring yourself (and some friends) down to Yates Street Taphouse. With over 40 beers on tap, you’re sure to discover a few new craft beer favourites while also enjoying delicious pub fare, the latest sports game, a friendly competition of billiards, or the company of your best friends.

7 Lucky Reasons Why Yates Street Taphouse is The Best Happy Hour in Victoria, BC

7 Lucky Reasons Why Yates Street Taphouse is The Best Happy Hour in Victoria, BC…

8 Epic Staff Christmas Party Ideas for Businesses in Victoria, BC