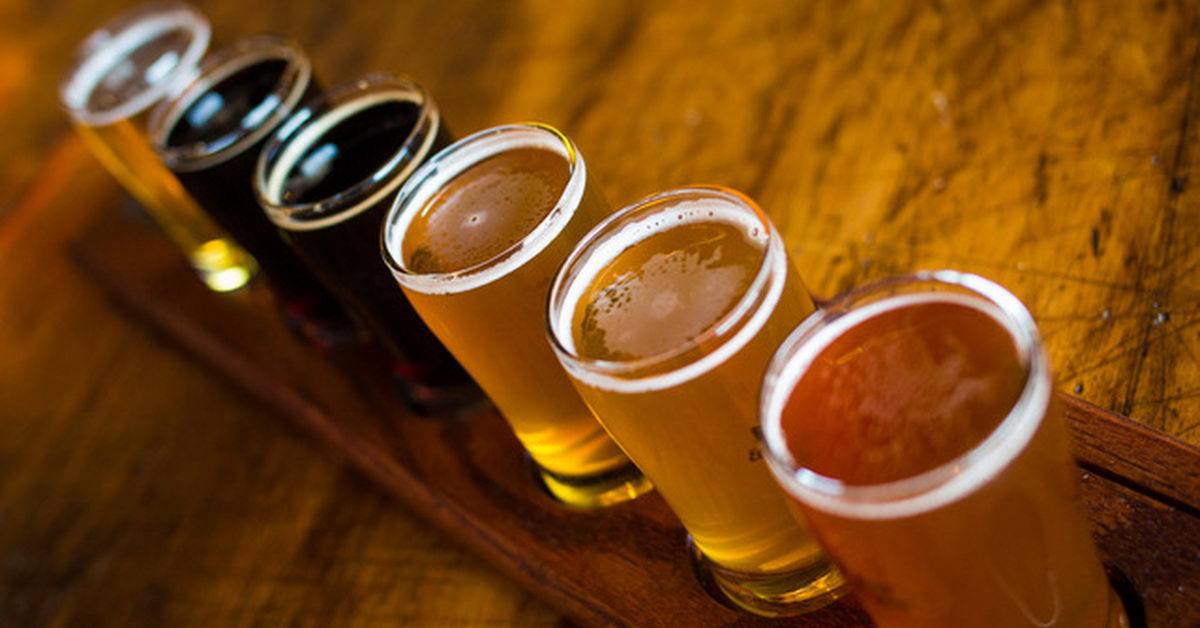 For the craft beer novice, a lengthy beer menu and some unfamiliar brew jargon can be intimidating. No need to default to your old reliable! Armed with some basic beer know-how, you’ll be craft beer tasting like a pro.

Beer is concocted from grain (malted barley, sometimes wheat) + hops + water + yeast. From that basic brewing equation comes an incredible array of flavours and characteristics. There are hundreds of beer styles, and with the prevalence of craft beer (basically, small, independent brewers), new styles are constantly evolving. However, you’ll be well-served by simply remembering that all beers are generally grouped into two classifications based upon their brewing techniques:

Start there and enjoy exploring the multitude of varieties under each category.

Lagers are brewed at colder temperatures and for longer time periods than ales (“lager” is German for “to store”). This fermentation process produces beers that tend to be maltier and hoppier than ales. Lagers are the most widely available and commonly consumed beer–think Molson. While the classic lager is light and crisp, this category can range from pale to golden, amber or dark.

Are a pale lager, golden in colour; their hoppy, crisp and refreshing flavour makes pilsners a popular choice and a good starting point for the beginner. European Pilsners are bright and slightly sweet.

Have a stronger, maltier flavour than your typical lager and a darker colour, ranging from amber to brown. Traditionally brewed in Germany during special holidays and festivals, North American Bocks aren’t as common—many having been discontinued by craft brewers due to their modest popularity compared to ales and other beers.

Are lighter than ale but more flavourful than other lagers, full-bodied and slightly sweet.

Ales are brewed with rapid fermentation at warmer temperatures. Ales are generally more robust, complex and fruitier than lagers.

And India Pale Ales (“IPAs”). Despite their name, pale ales have a strong flavour, pronounced hoppiness and maltiness, and a slightly bitter flavour.

Are brewed with wheat instead of about half of the malt, sometimes with the addition of citrus and spice.

Are very fruity and flavourful, often with a caramel and nutty flavour.

Are your heaviest brews, with a molasses-like complex flavour. Porters use malted barley and stouts use unmalted roasted barley, imparting flavours of chocolate, coffee or caramel. Belgian stout is thick, dark and spicy.

With a few basics under your belt, you’re ready to test your tasting skills.

Follow these simple steps from the beer experts at The Beer Advocate:

#2 Agitate: Swirl the beer gently to bring out the aroma and stimulate carbonation.

#3 Smell: Sniff with your nose only, then through your mouth. Describe the aroma –hops, malt, fruits or spice.

It helps to remember this beer tasting process by thinking of the acronym L.A.S.T.

Now you’re ready to put your new beer skills to good use!

Where to Try a Large Selection of Beers in Victoria

There’s never been a better time for those who enjoy a cold brew. With the ever-increasing selection of craft beer, you’re sure to find a few new favourites.

At Yates Street Taphouse, we’re passionate about craft beer. When you visit us, you’ll have your pick of over 40 beers on tap–including a large selection of craft beer from local specialties, to imported selections and a rotating list of 15 seasonal and limited release brews.

We also offer excellent food, over 25 screens to watch the game, a live DJ every Friday and Saturday night, weekly events and seasonal new-beer-showcase sampling opportunities.

Bring your buddies and your newfound beer tasting skills to our house—Yates Street Taphouse this week and follow us on Facebook for updates on events.

Everything You Need to Know About Irish Whiskey

Everything You Need to Know About Irish Whiskey Whiskey is, like Guinness, one of the…

Victoria Residents Are Amazed at How This Weird Trick Tells You Your Craft Beer Personality!

Ok, straight up, there's no weird trick. That title was just clickbait. #sorrynotsorry But, hold…

Which Craft Beer Suits You Best? Whether you're looking for dating tips to figure out…