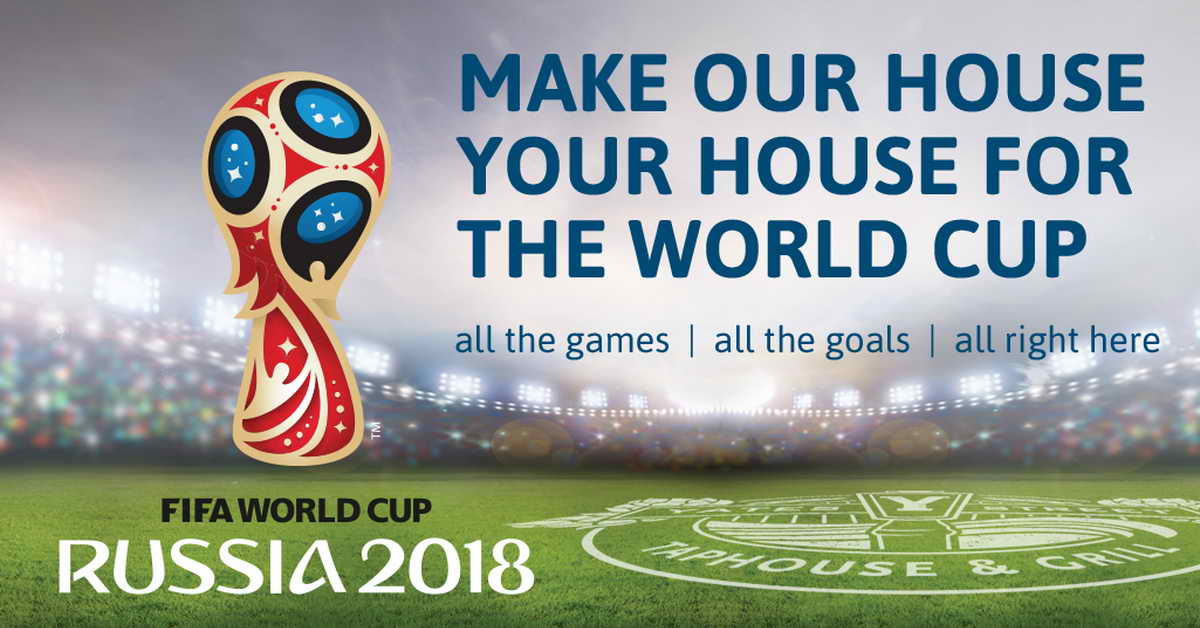 Who doesn’t love the FIFA World Cup action? Sure, Les Rouges didn’t make it past qualifying for this year’s tournament, but who really wants to spend the early days of summer in Volgograd or Nizhny Novgorod anyway, am I right? Plus, we’ll be hosting the party in 2026, so it’s all good.

Until then, come belly up to Victoria’s favourite sports bar, Yates Street Taphouse, with a cold brew and watch the games with us. Our sports bar is outfitted with over 25 screens to watch the game, and we’re experts at pretending like we’re Vikings with that crazy Icelandic hoot-chant thing. Join in! Or don’t! “Whatever lifts your silverware,” as they say in the Mother Country.

We take this soccer stuff for real here at the Taphouse. We expect you to come to our sports bar prepared with some futbol knowledge, too. So, here’s a helpful guide to some of the players to watch in the knockout round:

He’s a wizard on the ball, get it? Whatever you call him, England’s premier striker is a major threat to the competition. After a hat-trick against Panama last Sunday, he’s the tournament’s leading goal scorer. Although, truth be told, his third goal of the day was kind of cheap. But whatever, we’re not gonna’ judge a guy who brings it home for Queen and Country. We’ll lift a pint to him instead!

Say it with us. Rrrrrronallll-do! The Portuguese wonder trails the HurriKane by one goal in the Golden Boot standings but leads the world in extreme handsomeness. Quão bonito! More than just a pretty face, Ronaldo is fierce player and almost absolutely dominates the game.

The leading scorer for the contenders from Belgium, Lukaku sports the total package of strength, speed, finesse, and unmatched game smarts. And, after telling his inspiring life story in The Players’ Tribune, he’s becoming a worldwide fan favorite. It’s a must-read at halftime.

Sadly, the Socceroos aren’t going to make it through to the knockout round, but if you catch some highlights of their matches, keep an eye out for the dude with the Grizzly Adams beard. Here’s an Aussie every Canuck can love (and that’s saying something). He’s hairy, he’s old (for a soccer star), and he doesn’t mess around over the ball. Jedinak is the World Cup equivalent of that shifty-eyed guy sitting alone at the end of the bar who your friends are like “no, seriously man, he doesn’t want to fight, and if he does, just back down, because that won’t end well for you.”

You know when that Spanish-speaking announcer gets really worked up and shouts “GOOOOOOOOOOOOOOOOOOOOOOOOOAL!” for, like, five minutes? Well, there’s a decent chance he’s yelling it about Chicharito, the pride of El Tri. Last Saturday, the Mexican legend netted his 50th international goal for his country. Now, that’s a lot of sportscaster excitement.

With his shirt on, this diminutive Swiss midfielder can at times appear… how do we put this nicely… pudgy. He’s the kind of player who makes you feel better about yourself. You see him scurrying around the field and say “hey look, he has a beer gut and he still kills it. Just like me!” But then Shaqiri scores a goal, strips off his game shirt to celebrate, and you’re like, “whoa, I don’t look like that at all” and your girlfriend is like “no, you definitely don’t” and you feel bad again. Luckily, you’re here and he’s not. Let us pour you another?

Make Our House Your House for FIFA World Cup Action:

We could go on. (Yeah, we know, we haven’t even mentioned Neymar. It’s because he dives too much.) But, instead, how about you join us at Yates Street Taphouse and drink in the soccer first hand? With over 25 screens to watch the games, 40 beers on tap, and some of the best pub food around, we’ll likely become your favourite sports bar too.

What to do in Victoria, BC on a Cold and Rainy Day

What to do in Victoria, BC on a Cold and Rainy Day Whether you're a…

Fun Things to Do in Victoria at Night: Trivia Nights Every Wednesday Night

If you’re looking for fun things to do in Victoria at night on a Wednesday,…